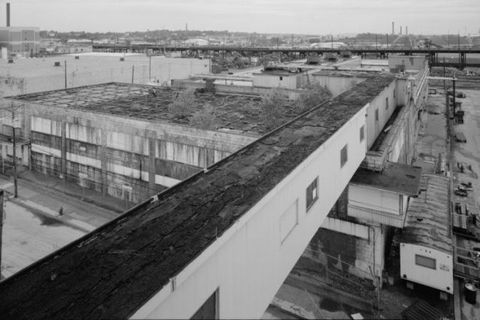 So "waste from atomic weapon production" is pretty high on the list of things you don't want to find in a public park, but that's just the scenario St. Louis is living out right now. The U.S. Army Corps of Engineers is busy at work cleaning thorium-230, a radioactive decay product of uranium, out of parks, homes, and other properties around Coldwater Creek.

As it turns out, the "low levels" of thorium-230 come straight from the Manhattan Project, the government program that eventually led to the United States dropping atomic weapons on Japan, the first (and only) wartime use of an atomic bomb. As it turns out, the uranium comes from a local source: the  Mallinckrodt Chemical Works facility in St. Louis. The enriched uranium was mostly shipped out for use in the Manhattan Project, but some of the waste was shipped to Hazlewood, a suburb of St. Louis.

Rather than disposing of it properly in a salt mine or something similar, Mallinckrodt left it out in the open, where it trickled into the creek. Every time the creek has flooded, it's brought a little more atomic waste up to parks and homes. The area has suffered higher-than-normal rates of cancer, and thorium can be found as deep as a foot underground. Some citizens have even banded together to draw public attention to the health problems, and a class action lawsuit is underway.

John Wenz Writer John Wenz is a Popular Mechanics writer and space obsessive based in Philadelphia.
This content is created and maintained by a third party, and imported onto this page to help users provide their email addresses. You may be able to find more information about this and similar content at piano.io
Advertisement - Continue Reading Below
More From Weapons
Man Wedges Anti-Tank Shell Up His Butt
Could U.S. Missiles Tip a War in Ukraine’s Favor?
Advertisement - Continue Reading Below
How the U.S. Military Could Intervene in Ukraine
Inside the U.S. Army's New Laser Defense Strategy
Created for From Popular Mechanics for Created by Popular Mechanics for
KBR Inc
China’s Hypersonic was Really Weird
Why the F-35 Is Getting Nuclear Bomb
The Army Is Learning How to Fight Drones
Military Drones Autonomously Attacked Humans
Combat Drones Ended a Decades-Long War in 44 Days
North Korea Is Slapping Nukes Onto Submarines