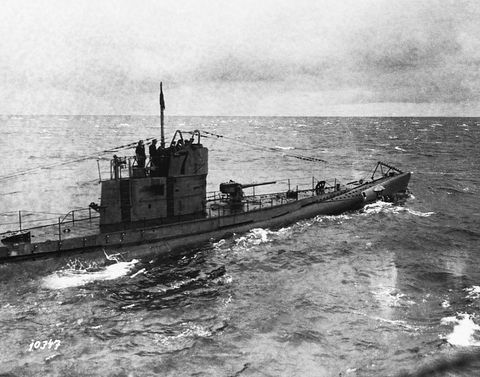 Researchers have located the wreck of a World War I German U-boat off the coast of Belgium. The submarine, which sank more than 100 years ago, was part of a campaign to harass Allied shipping. The submarine may be one that was reportedly sunk by a mine but whose wreck was never found.

According to ABC News, the submarine was discovered off the coast of Belgium in the North Sea. The submarine is reportedly lying at a 45-degree angle on the ocean floor at a depth of 82 to 98 feet. The remains of 23 crewmembers were found onboard.

The submarine is reportedly a Type UB II U-boat, a smaller class of submarine that typically operated in coastal waters. Just 88 feet long, the submarines had a crew of 23, carried six torpedoes, and were armed with a 88-millimeter deck gun. Thirty Type UB II subs were built. And not all were accounted for at the end of the war.

ABC News claims the submarine suffered extensive damage to its bow and that it "may have struck a mine." This sounds remarkably similar to the fate of the German Type UB II submarine UB-20, which, on July 28, 1917, reportedly struck a mine off the coast of Zeebrugge, Belgium during diving trials. UB-20 was lost with all hands. The submarine just discovered off the coast of Belgium had a full crew onboard when it went down.

According to the Belgian government, the location of the wreck is being kept a secret until it can be properly protected, and the German ambassador to Belgium has been contacted to make arrangements for the crew remains.